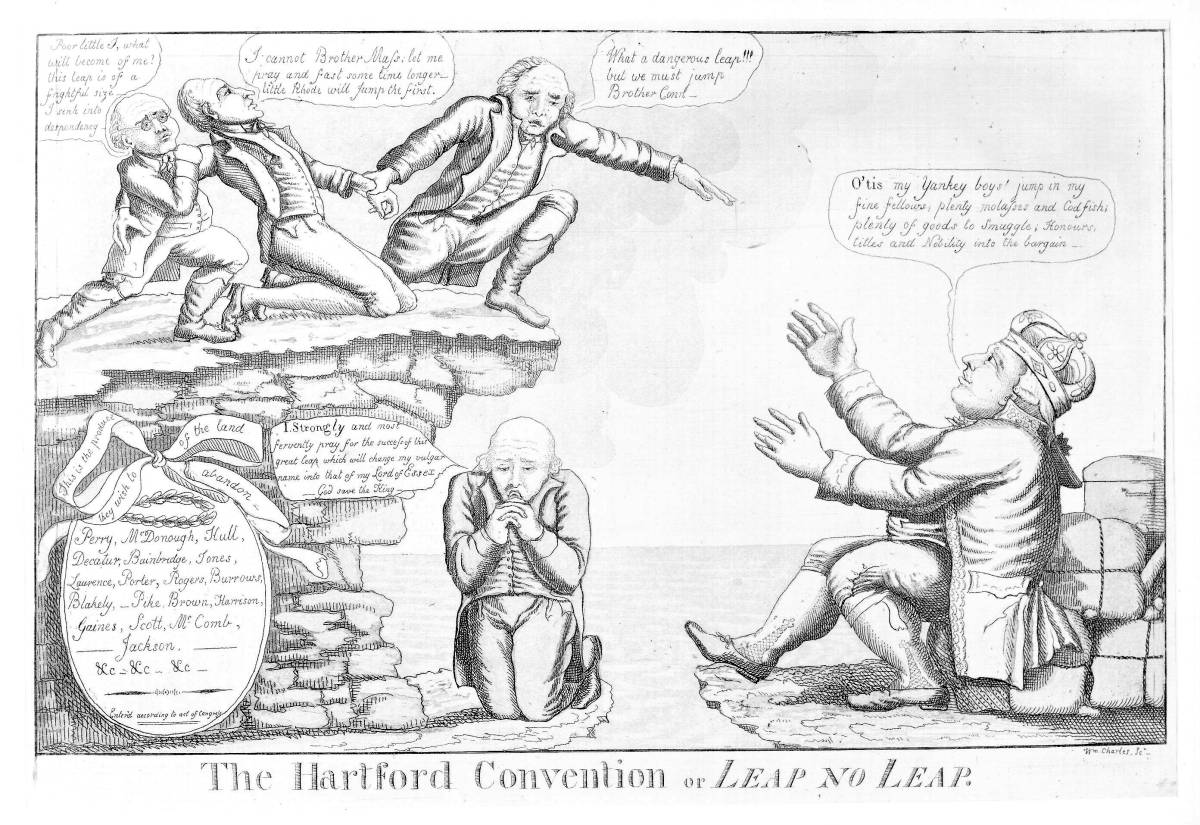 The Hartford Convention was a series of meetings from December 15, 1814 to January 5, 1815, in Hartford, Connecticut, United States, in which the New England Federalist Party met to discuss their grievances concerning the ongoing War of 1812 and the political problems arising from the federal government's increasing power.
In all, twenty-six delegates attended the secret meetings. No records of the proceedings were kept, and meetings continued through January 5, 1815. After choosing George Cabot as president and Theodore Dwight as secretary, the convention remained in closed session for three weeks. Cabot's journal of its proceedings, when it was eventually opened, was a meager sketch of formal proceedings; he made no record of yeas and nays, stated none of the amendments offered to the various reports, and neglected to attach the names of authors to proposals. It is impossible to ascertain the speeches or votes of individual delegates.

https://en.wikipedia.org/wiki/Hartford_Convention
Little specific and reliable information about this Hartford Convention has survived, while the following caricature has survived:

Also, in the Library of Congress in the section of law, in the "Military Legal Resources of the United States" in the collection of the German lawyer Francis Lieber, there is a book about this convention:
( Collapse )
Collapse