About 250 years ago, special "Foundling Homes" began to open around the world. For example, in Moscow, by order of Sophie Auguste Friederike von Anhalt-Zerbst-Dornburg, they pay out 2 roubles for each brought infant: 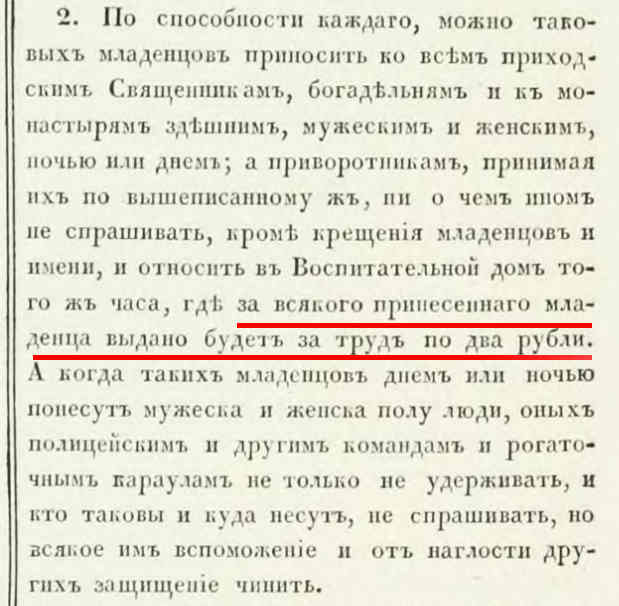 In Moscow, the largest building in the city was built for this purpose, and the inoculation of natural smallpox (with the method of variolation) began immediately with the opening. 220 years ago, the variolation were replaced by cowpox vaccination using the Edward Jenner method, after which vaccination became mandatory for all pupils. It is noteworthy that the so-called "Plague Riot" in Moscow broke out soon after the opening of this institution. This was controlled and initiated by British supporters of vaccination, such as Thomas Dimsdale.

The orphanages had high mortality rates, few of the children survived, and according to extant documents, the children were not collected for charity; they were a necessary substrate for the spread of tactical diseases through sequential inoculation. A number of expeditions using children as carriers of the disease, such as the Balmis expedition, have been documented: