In the blog of The Very Real Robert Anton Wilson, i noticed his avatar: 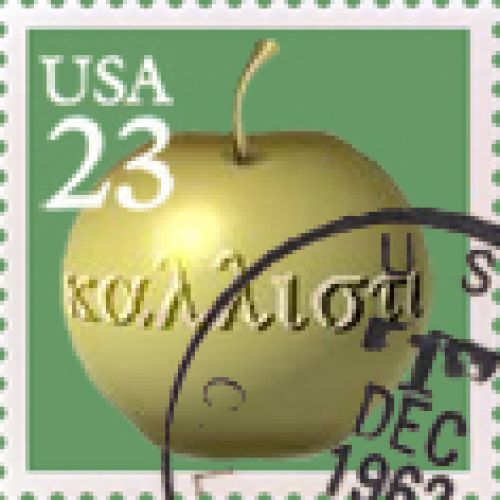 I was wondering why this stamp has a brand with this date: December 1, 1963cc (43Aft3129). I tried to find information about this date, but all significant events on this day were in Asia:
- the state of Nagaland was formally inaugurated on that day
- also in that day, while drilling gas Well No. 11 in the Urta-Bulak gas field in Southern Uzbekistan about 80 km southeast of Bukhara, control of the well was lost at a depth of 2450 m. This resulted in the loss of more than 12 million m3 of gas per day through an 8-inch casing, enough gas to supply the needs of a large city. Formation pressures were about 270-300 atmospheres. Later USSR used nuclear explosive for the first time to control a well that had been burning for three years in Uzbekistan.
#^https://youtube.com/watch?v=UHXsv8zxgC8

But nothing seems to have happened in the United States that day. Later on, the FBI report was declassified written that day, called "Reaction of Soviet and Communist Party official of JFK assassination".
#^https://www.archives.gov/files/research/jfk/releases/docid-32204484.pdf

Thus, in a note dated December 1, 1963, the head of the FBI, Edgar Hoover, citing "a reliable source who was in Russia on the day of the murder," writes that the news of the Kennedy assassination in the USSR caused shock. The CPSU members feared that the murder could have been part of a conspiracy to bring the ultra-right circles to power in the United States.

As a result, it turned out what probably didn't happen this day this year:

One of Waldron's theories goes like this. President Kennedy and his brother, Attorney General Robert Kennedy, bitter about the disastrous 1961 Bay of Pigs invasion, in 1963 concocted a secret plan to stage a palace coup to unseat Fidel Castro with the aid of the US Army. The coup leader would declare martial law and proclaim a provisional government, then cut ties with the Soviet Union and join the United States in partnership. Robert Kennedy was personally in charge of this invasion plan. D-Day--or, rather, C-Day for coup day--was to be December 1st, 1963. But two weeks before that, President Kennedy was killed, and that was the end of the invasion plan.

Does anybody know anything meaningful else that happened or didn't happen that day?